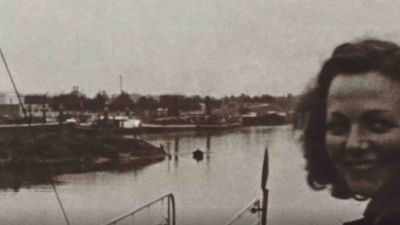 The period covered by the films made in the Upper Rhine, from 1900 to the 1980s, saw the geopolitical challenge represented by the river intensify.

Reunited with France by the Treaty of Westphalia in 1648, Alsace became a military and cultural battlefield between 1870 and 1945.

Seen from Paris and Berlin, the question of belonging arises in terms of language, religion and political affiliation.

But this conflict between nations ignores the reality of a border that is not reduced to a fortified boundary that is crossed in fire and blood.

The regions on either side of the Rhine share a culture dating back to the Middle Ages and the Renaissance.

Above all, since ancient times, they have been a hub of economic exchanges, a major transport axis in Europe, and a fertile territory for the exploitation of natural resources. 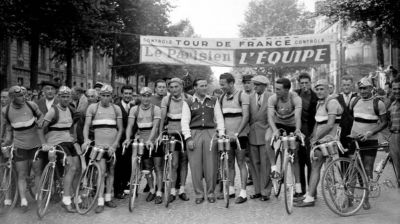 In addition to the landscapes and places visited, men are the main subjects of amateur films on the Upper Rhine.

In the home, amateur filmmakers often focus on daily hygiene, individual sports practices such as gymnastics or ways of eating.

Outdoors, professional and amateur sports competitions provide great opportunities to take the camera out to capture the pleasure of effort and performance, with bodies in motion.

The Upper Rhine also has health facilities such as the Strasbourg Civil Hospital, where relatives film patients or young women who have given birth, and doctors record on film certain key episodes of their medical activity.

Finally, on both sides of the Rhine, a unique relationship is being forged with the environment.

Water is present everywhere, in spas and in the production of mineral water.

Against the backdrop of an awareness of pollution harmful to the body, ecological activism is experiencing a very particular boom in early industrialized regions where atomic energy production has always been a subject of debate. 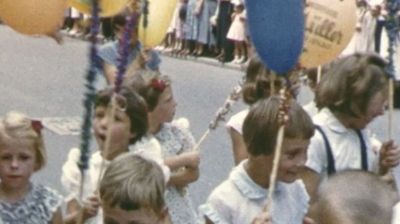 The Upper Rhine is made up of three regions with unique geography, whose high places such as the peaks of the Vosges or the Black Forest, the banks of the river and the vast wooded areas have long been visited and filmed.

These regions are also united by a Germanic culture that emerged in the Middle Ages and is part of the landscape through an architectural heritage that is abundantly represented in the collections.

These territories share certain customs, such as family celebrations and carnivals, which family films and local amateur chronicles often like to be shot on film.

Beyond these rapprochements and comparisons, there is also a more finely defined authentic local identity that blends the relationship to history and economic activities.

On both sides of the Rhine, agriculture has been maintained until today, the vine makes its mark on the hillsides, regional products (wine, sauerkraut, sausages) assert a membership that appeals to consumers beyond regional borders.

The Upper Rhine countries are also characterised by the early development of mining, textile and mechanical industry, and by the use of the river, which has been developed with large ports, as a major transport route for heavy goods and processed products.