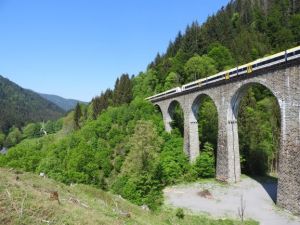 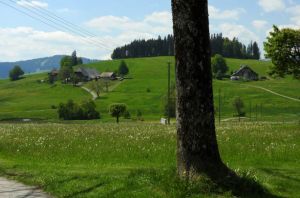 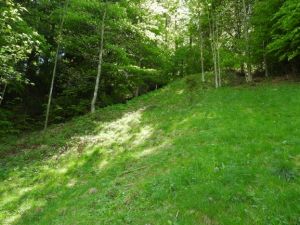 The first ski tourist on the Feldberg was the French consulate secretary, Dr. R. Pilet in 1889. He was able to inspire many locals to ski. Until the 1950s, skiers only had simple wooden skis that they used for downhill and cross-country skiing. There were no special equipment such as helmets or water-repellent clothing. As a leisure activity, mostly wealthy people went skiing or the boards were used professionally as a means of transportation by postmen, midwives and foresters. In the past, many pupils came to school on skis in Hinterzarten, and there were also ski schools there. The father of the famous ski jumper Georg Thoma was the first certified ski instructor before the Second World War. He gave ski lessons to the guests of the 'Hotel Adler' in Hinterzarten; even private lessons were possible. In 1951 a suspension cable car was built on the Feldberg. 240 people could be transported in one hour. From the early 1970s to the late 1980s, almost every municipality wanted a ski lift in their place. These were also built in St. Märgen, Titisee or Neustadt. Due to climate change, the winters are getting warmer and the amount of snow is smaller. The lifts were dismantled after ten years because the snow line had shifted upwards, which made the lifts unprofitable. Today there are 38 ski lifts and 63 kilometers of slopes in the Feldberg area and snow cannons are used for the slopes. Skiing is only possible in the high areas.